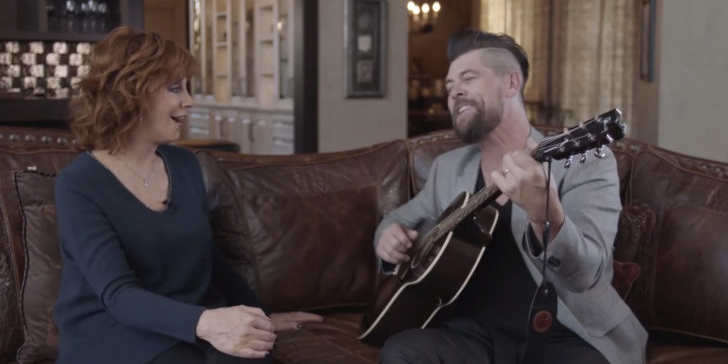 Reba released her first gospel album, Sing It Now, Songs of Faith & Hope, in February 2017 and has been winning awards for her latest effort, including the Dove Award for Bluegrass/Country/Roots Album of they Year.

With the holidays upon us, the gospel songs seem to take on a different meeting this time of year. The “Fancy” singer sat down with Christian artist Jason Crabb to talk about her album and why she decided to take on the project, this far along in her career.

The two-disc album contains 10 gospel classics on disc 1 and 10 new original tunes on disc 2 and features Reba’s single, “Back to God,” which was not one of the original recordings to make the album.

“I went back in the studio, but I was looking for more songs. I was looking in my computer and I found “Back To God” that Randy Houser and Dallas Davidson had written back in 2007-8. It was on Randy’s freshman album. I said, “This is a sign. I’ve got to record this song.”

After chatting about the Sing it Now Songs of Faith & Hope, Jason and Reba broke into a soothing version of “Amazing Grace.” “Music is very healing, but when you put the Lord in it and the love of Jesus, nothing better,” Reba said.